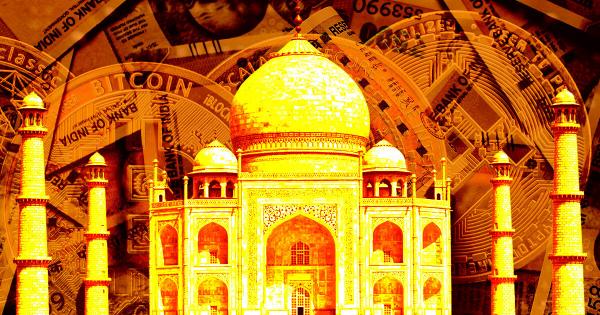 Local media outlet Financial Express reported that the Indian government has no plans to reduce taxation on crypto transactions.

Exchange trading volumes have taken a significant hit as a result, with WazirX reporting a year-on-year decrease of 74% as at June 30. In a recent survey, 83% of respondents said the tax measures had impacted their trading frequency.

However, in response to calls to ease the tax burden, Minister of State for Finance Pankaj Chaudhary said:

“There is no such proposal under consideration.”

Uncertainty reigns over the future of crypto in India

This incident is the latest in a long line of toing and froing on the legal status of cryptocurrencies in India. In April 2018, the RBI imposed a crypto ban to protect consumers and adhere to money laundering rules. This was later overturned by the Supreme Court, which deemed the ban unconstitutional.

Since then, officials have given vague and mixed messages about their intentions. Commenting on the imposition of a 30% income tax on transactions, WazirX co-founder Nischal Shetty viewed the situation optimistically, saying the move effectively legitimizes digital assets.

A few notable outcomes:
– Government has legitimised industry
– No more fear to BUIDL
– Everyone can participate

Over 1188 days of #IndiaWantsCrypto

It’s been worth it!

Next, let’s Build For Crypto 🤝

However, it appears as though the RBI and Sitharaman have not given up on actioning an outright ban.

In response to the tax policy, some crypto exchanges had called for tax reductions, citing significant falls in trading volume during an industry-wide liquidity squeeze.

Sathvik Vishwanath, the co-founder of UnoCoin, commented that “no one is getting spared,” as traders, medium and long term investors are all impacted by the punitive measures.

Reacting to this, Chaudhary explained that the RBI seeks to keep the current taxation policy as it is to discourage users from participating in “risky” transactions.